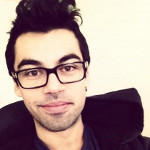 Today is a good day! I’m among the 7% that solved 50 Euler problems. Woohoo! Ok, ok! Enough bragging, so the problem 50 is called consecutive prime sum in which one must find the prime, below one-million, that can be written as the sum of the most consecutive primes.

My first reaction was to compute the sum of all consecutive prime numbers until I got 1 million, then if that number was not a prime itself I would start removing the lowest primes and seeing if there’s space to add the next largest prime.

The full solution can be found here.